I have got to get some sort of schedule in place or its going to be miserable. Im worrying about it already. Anyone have any good ideas?
Posted by Bobbi at 10:31 AM 2 comments:

Remember the soldiers! We had a nice time at Bobby's grandparents house. The kids had a great time and I got to play with all the little cousins.
Posted by Bobbi at 7:11 PM 1 comment:

Today is a beautiful day...

The sun is shining and my house is clean. I'm blogging from the library again. Nice and quiet as usual. Bobby is back to work, so that's good. I miss him though, I got used to him being home. This week Molly's hamster died. It was really sad for everyone. Molly cried and cried. We just loved that little guy. It broke my heart. She says she doesn't want any more hamsters because they don't live long enough. We looked at the pet store yesterday and she thinks she wants a hermit crab for her next pet. They are cheap, but once you get the cage, food, shells, etc. it costs more than you think. She may have to wait a little bit for one. Parker says he wants one too and wants to name it Orange. I thought that was cute.

Not much new with me, other than thinking about summer. Thinking about what the kids and I are going to do to keep ourselves busy and happy. I don't want a boring summer with no schedule or nothing to do. We are going to have to make a daily schedule and kind of stick to it to make our days more fun. I plan to do a lot with them outside. I think tonight we may plant our garden, so that gives us something to work on this summer.

Parker has been doing ok in school, not much new to report there. Molly is doing well and having a good time. That's about it for now. Everyone have a nice weekend.
Posted by Bobbi at 12:00 PM 2 comments:

Yesterday I was petting the cat. Parker came up to me and said, "Pet me, I'm cute." I thought that was really adorable. He is such a funny guy!
Posted by Bobbi at 7:46 PM 4 comments:

We had such a nice day outside today. We got out the kiddie pool and the blowup toys. It wasnt that hot but the kids swore it was pool weather. Bobby rototilled the garden for us and we are so excited to start planting soon. The kids got soo dirty.
Posted by Bobbi at 8:39 PM 1 comment:

Today was a really nice day. I got a lot of house work done so that made me feel good. I hosted a candle type party for my sister and that was fun. There was lots of good food too. My niece is having mercy on me and letting me use her laptop tonight since I've been blogging from my cell phone. Parker had been feeling better and doing well. Molly is too, she's at a friends house tonight. Here I'm finally using a computer and I can't think of anything to write about. I think Bobby is going to rototil the garden this weekend, so that makes us excited. I can't wait to start planting. I even got a cheap tomato plant to start with. Have a good weekend everyone.
Posted by Bobbi at 8:43 PM No comments:

Tonight I am worrying about Parker's eating at school. He barely eats anything there. His teachers always say he wont eat certain things he used to like. I am running out of things to send him. He mostly only likes food u cant reheat well. Any suggestions
Posted by Bobbi at 11:16 PM 3 comments:

blogging from my cell phone

I wont be able to do caps, but thats ok. parker's home sick. i miss blogging every day. its warm and nice here today. i had a nice mothers day. everyone was really sweet. have a nice day.
Posted by Bobbi at 8:13 AM No comments: 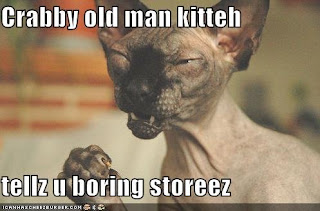 I'm at the library again. Molly and her cousin Shelby are looking at books while I post this blog. This is one of the few times that I have came to this particular library without Parker. I felt bad for not taking him, but I was going to come alone. Molly and Shelby are old enough to be on their own looking at books. Parker is very demanding at the library and obviously I can't leave him alone.

Parker has been doing really well lately and loving school. He even asked when he got to go back over the weekend. We've been pretty boring lately. Today his teacher had a talk with him about touching people inappropriately. I guess he's been hugging on and trying to hold hands with a boy he wants to be his friend. Poor guy, he doesn't know the difference between hugging friends and hugging family. The kid he is hugging so much is really nice and just lets him, but you can tell it bothers him, the teacher says.

That kind of stuff seems hard to teach.

Molly has been doing well. She got back from her camping trip and had a great time. One of the parents there said how nice and polite she was. That always makes me feel good.

A funny thing happened yesterday. Molly brought our adult neighbor over to see her hamster. She didn't even warn us, she just brought her in and told us she was taking her to see the hamster. (I want to wring her neck when she does this!) She didn't even give me time to clean up or anything. Anyways, on the coffee table next to me was what looked like 3 beers or alcoholic drinks. I don't drink at all so I thought it was pretty funny. Earlier I had made me ice tea and it was in a water bottle. Next to that was 2 glasses of cream soda that Molly and I had been drinking. It looked like I really boozed it up with those 3 glasses full of brownish liquid. I made sure and told her what it was, lol.

Parker is always so talkative in the grocery store. Today I took him to buy a couple things and he was so excited. He kept naming all the food and talking about it. I bet the clerks have never seen a kid have so much to say about banana's and bagels, lol. He was just chatting away. He saw an older man in line behind us and said, "You look like you go to my Nana's house". It was so cute and funny. I've never seen the guy before in my life so I don't know who he was talking about, not to mention we were not in the same town she lives in. He just kept talking away to the guy. I don't even think the guy could hear him. I finally had to divert his attention back to the groceries, lol. He is such a cute, funny guy.

While I'm bragging about my cutie pie, I need to brag about Molly. I was looking at a packet of her work she brought home and I saw all these 100%'s in spelling. I asked her, did you study for these tests, cause I didn't see you do it? She said no, she just writes them all 5x at the beginging of the week, never looks at them again and gets them all right on Friday. Where is this girl getting her brains from? It must be Bobby because I had to study forever to even get an ok grade. I'm really proud of her.

That's about it. Nothing new with me, same old same old. Everyone have a great week!
Posted by Bobbi at 5:20 PM 4 comments: